Winning at LDI with RC4 Wireless and EASS 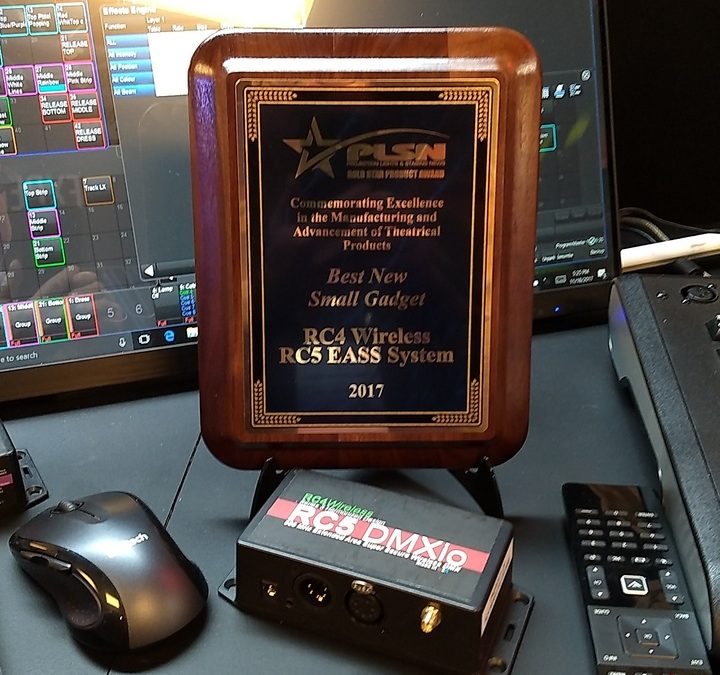 Winning can sometimes be expected; one of two teams will always win the Super Bowl, the Stanley Cup or the World Series. Occasionally, winning can be completely unexpected. The latter was the case for RC4 Wireless, headquartered in Raleigh, NC, with the firm’s RC5 EASS, a winner of a PLSN Gold Star Award. “Winning this award was a stunning surprise, truly a shock.  Our RC5 family of products has been evolving for over 10 years, going all the way back to the first incarnation for Harrah’s Casinos around 2007, and the second version for Disneyland park-wide in 2008.  After all this hard work, a PLSN Gold Star Award really makes an impact on me, and on all of us at RC4 Wireless; we appreciate the recognition immensely.  Many thanks to PLSN for noticing the special things we do for our customers every day,” says James David Smith, President and Chief Developer at RC4 Wireless.

PLSN’s Lead Editor Richard “Nook” Schoenfeld was the one who made the final decision on the EASS Gold Star Award; the product itself wasn’t the only part of the winning equation.  “I have never heard one single person ever say your gear let them down. Not once. That’s pretty incredible in this day and age,” Schoenfeld notes.

EASS also proved to be a winner in terms of operation at LDI. A model wearing a fetching pixel infused, 486 channel dress controlled via EASS, strolled the floor and beyond without incident. “Everyone knows that the Las Vegas Convention Center, and all trade show floors, are the most challenging wireless environments on the planet. Outside of the house WIFI system, nearly every booth on the floor is operating a wireless router, so that’s hundreds of networks in the 2.4GHz spectrum in the same room. At LDI, you can then add at least 30 companies that have wireless DMX integrated products on display,” explains Sean Dane, RC4 Wireless Sales Director/Application Specialist. Not only did EASS meet all the expectations on the show floor, it exceeded them. Dane adds: “Using a standard antenna with the transmitter located in our booth, we were able to cover not only the entire show floor but throughout the North Hall and into the parking lot that housed the Live Outside Exhibits. EASS operated flawlessly in an incredibly busy, and some might even say, hostile wireless environment.“

For more information, or to purchase EASS, please contact RC4 Wireless Toll-Free at 1-866-258-4577 or email at moreinfo@rc4wireless.com.