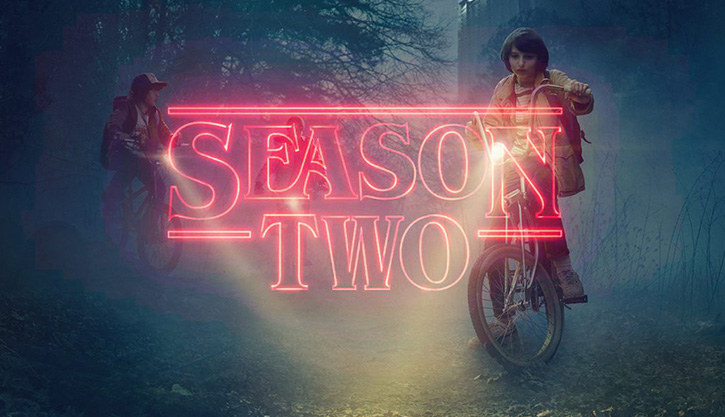 With a title like Stranger Things, one might expect a world that’s intense, mysterious and dark. And one would be exactly right.

However, dark isn’t always metaphorical; the Netflix series often takes literal forays into the dead of night, darkened rooms, and ink black tunnels.  When it was time to shine a light into the void, the Stranger Things lighting team turned to RC4 Wireless.  “On Season 2, we were told a couple days into principal photography that there was going to be a lot more lighting effects than Season 1, especially involving flashlights and other custom-build fixtures. Not only that, but we were going to need to start to modify the flashlights not just to flicker and pulse on command, but to swell and get brighter during the scene.  And all of this had to happen in a much smaller package so it could easily be carried in a flashlight by multiple members of the cast,” explains Jeff Harkes, Lighting Console Programmer – Stranger Things 2.

To make those flashlights work, Harkes and his co-conspirator on set, Fixtures Foreman Antimo Ponticello, turned to the LumenDimM2micro from RC4 Wireless. “The LumenDimM2micro was a good choice for this project because it’s a Swiss Army knife for portable applications of this nature. Because of its size [2.9” x .77” x .4.3”], it is the obvious answer, but it’s also extremely responsive on a cue. The LumenDimM2micro’s CRMX integration through the LumenRadio transmitters and its ability to be remotely managed with RDM is unparalleled right now.  There isn’t anything like it on the market for portable handheld lighting control,” Harkes states. The LumenDimM2micro features two channels of dimming, includes multiple PWM frequencies, as well as the majority of the RC4Magic Harmonized Design features that RC4 Wireless users know and love.

For more on Stranger Things, read the entire article here.