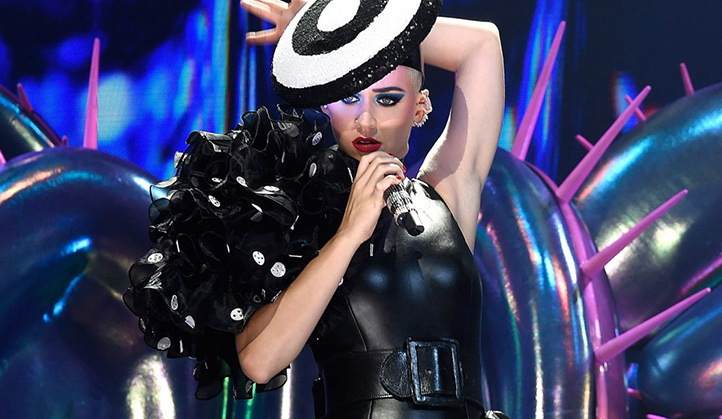 Katy Perry’s “Witness: The Tour” is more than just a concert production; it’s a kooky and creative journey that includes dancing eyeballs, giant insects, a massive inflatable hand and even a flight through space, courtesy of Saturn. It all reflects Perry’s personality, and it should, since Perry is directly involved in the design. “Katy’s productions are always amazing, and she invariably has something new and challenging to achieve.  ‘Witness: The Tour’ is using our new RC4Magic Series 3 SX software, which makes LEDs in props and costumes even more pleasing to the eye, thanks to our exclusive 19-bit per color wireless dimming,” says James David Smith, President and Chief Developer at RC4 Wireless, headquartered in Raleigh, NC. RC4 has been working with Perry since her California Dreams Tour in 2011.

Perry used a variety of RC4 Wireless infused props and costumes on the tour; the included an LED infused beret, a motorcycle and a stylized star that she used to enter the arena. All of the details are here.